Dreaming of collecting the 12 T 206 Red Sox cards that I know of (could be more, just starting my research into it). The prize card looks to be Tris Speaker, with a PSA 5+ rating figuring to be $1,000+, but many other fine players who donned the Red Sox uniform just before and in some cases during the magical run from 1912 onwards also appear in this set. Two players - Jake Stahl and Heime Wagner - have two different cards. List includes:

Moving into year three of the Friday's Favorite series, like the previous year not an overwhelming choice of attention-getting cards. For the Topps set I will have to go with this one of catcher Ed Sadowski, poised to receive a pitch after signalling for it to be low and away to a right-handed batter - though the hat he's wearing in the picture betrays a sense of realness, almost as someone had come by and plopped it quickly on his head just before the picture was snapped, so precariously does it rest there. Anyhow, delightful card nonetheless and perhaps to be one of the first to a 1959 collection of which currently I have no cards.

That said, my real favorite from this year goes to one of the ones Fleer issued - this was the year it signed Ted Williams to an exclusive contract and did an entire series just on his overall career and outside interests and activities. Three of those cards, in particular, I am targeting to someday acquire: Nos. 71, 72, 73, titled Ted's hitting fundamentals. No. 73 is my favorite of those three, showing a four-clip scenario as he begins to bring his bat through the hitting zone. These strike a cord, having read works by or about him, and never tire about listening to his approach to hitting, so contagious is his enthusiasm for it. Most famous to his approach is, "Get a good ball to hit."
Posted by Give that fan a contract! at 5:58 AM No comments:

The answer to yesterday's trivia question, Which Red Sox legend made a surprise appearance on Monday's Red Sox Foundation autograph session with many of the team's top prospects, was:

Clues given out with the question were:

- He chose baseball over a career in medicine
- He only appeared in 31 minor league games
- In his sophomore season, he appeared in 45 games and led the Sox with 131 Ks
- The next season, he had 246 Ks
- A ski injury affected his performance the year after that 246-K season
- He appeared in a World Series with the Sox
- He signed his autographs with his right hand
Posted by Give that fan a contract! at 6:38 PM No comments:

Certainly 1967 is one of my most highly targeted years, in pursuit of the Impossible Dream team. I've managed to fill up a 9-sleeve sheet, slowly adding to the collection over the last few months. The sheet looks like this:

I'm in pretty good shape with pitching, though one of the big acquisitions will be Jim Lonborg, Cy Young award winner that year and pitcher of some memorable World Series games.

For catcher, it will likely be Mike Ryan or Russ Gibson; Elston Howard played a pivotal role that year, but his '67 card is alas one showing him on the Yankees. Jerry Adair also was pivotal, coming over from the Orioles mid-season, but his card if/when acquired will be presented in my Orioles collection.

The outfield will need to be bolstered, though that will not be so easy either. Carl Yastrzemski, Tony Conigliaro, and Reggie Smith are all likely to come at a price. For now I at leaast have a placeholder for Yaz - a 1977 Turn Back the Clock card showing the '67 cards of him and Orlando Cepeda of the Cardinals, recognizing them both for being their respective league's MVPs in '67.
Posted by Give that fan a contract! at 10:18 AM No comments:

Yesterday, on the Martin Luther King Jr. holiday, several Red Sox prospects were at Best Buy, just down the road from Fenway, to sign autographs, including the likes of Ryan Khalish, Jose Iglesias and Junichi Tazawa. In addition to the well-advertised players who would be on hand, a certain Red Sox legend also was there as a surprise to pen whatever came across his path - and fortunately he did not hear my wife ask me, "So who's the old dude at the end of the table?"

Can you guess who it was?

Given there of one of many possible random guesses that could be made, here are a few clues, mostly from the back of his baseball cards, to help you: 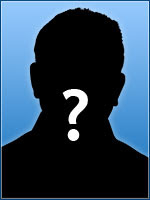 - He chose baseball over a career in medicine
- He only appeared in 31 minor league games
- In his sophomore season, he appeared in 45 games and led the Sox with 131 Ks
- The next season, he had 246 Ks
- A ski injury affected his performance the year after that 246-K season
- He appeared in a World Series with the Sox
- He signed his autographs with his right hand

Check back tomorrow for the answer.
Posted by Give that fan a contract! at 10:17 AM 1 comment:

This week's Tuesday Trivia question was:

Who did the Red Sox trade 26-year-old Henri Stanley to the Dodgers
for at the July 31, 2004 trade deadline?

At the July 31, 2004, trading deadline, the Sox dealt Henri Stanley to the Dodgers for Dave Roberts, and the rest as they say is history!
Posted by Give that fan a contract! at 6:34 PM No comments:

Things began to turn around for the Red Sox starting in the 1966 season. Although they only won 72 games that season, it was a big improvement over their 100-loss season the year before. It also ushered in a new era of management, and mercifully brought greater integration to the team. Starting the following year, through the present, the Sox have rarely had another losing season.

My 1966 collection is quite modest, with only catcher Mike Ryan, outfielders George Thomas and Lenny Green, manager Billy Herman, and the team card. On the wish list is:

* Though I'm not an owner of a 1966 Yaz card, my younger son is, so with one of these cards - probably among the most expensive of the set - I'll turn my attention to the others. Ones like G. Scott, J. Foy, J. Lonborg and Tony C. will also be among the toughers to acquire given their likely high prices.
Posted by Give that fan a contract! at 7:02 PM No comments:

Give that fan a contract!